As in our previous posts, we make a clear picture about interfacing the GPS, GSM/GPRS modules with Raspberry pi individually. So now its time to integrate these clustered functions in to a single device suited for Raspberry pi. A new module has been introduced with these appended functionalities and it is named as per its properties,  Gsm/Gprs/Gnss/Bluetooth Hat.

Communication system has been attained at its prime level by introducing this module as it prompts the IoT applications along with the location access. All the upcoming electronic systems will be accomplished with this communication schemes. The module will be highlighted when it is being interfaced with a Raspberry pi, as it can easily derive its functionalities. Eventually we can build our own mobile or tablet devices by the integration of these modules or can even up to more.

Here we brought the knowledge of basic interfacing between a Raspberry Pi3 and the HAT module. As in the HAT module, there are two ways for making the connections.

Here we make use of a micro USB cable for connecting Raspberry Pi with the HAT module that in-turn provides the suitable power and establish a serial communication.

SIM 868 module is being used in this device which is a complete Quad-Band GSM/GPRS module which combines GNSS technology for satellite navigation. In the left side of the module you can see a yellow jumper connected to the suitable pins. There are four pairs of pins in which the jumpers must be shorted to make three terminal pairs (A,B,C).

A: control the SIM868 through USB TO UART

B: control the SIM868 through Raspberry Pi

Here we make use of A terminal, ie the jumpers must be connected vertically in the first two pins as shown in the figure given below. 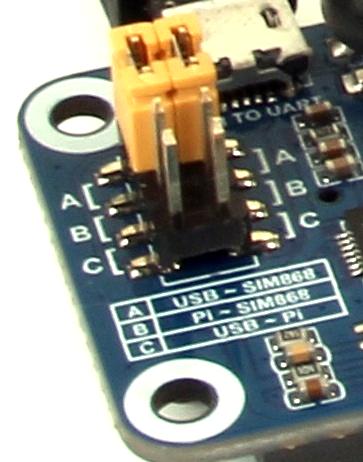 Here we are giving two programs in python for sending messages and for getting the GPS data on Raspberry Pi.

Before running the code for GPS a GNSS antenna connector must be connected to the Hat module. Connect a GPS antenna to that connector and place the antenna projected to clear sky for GPS initialization. 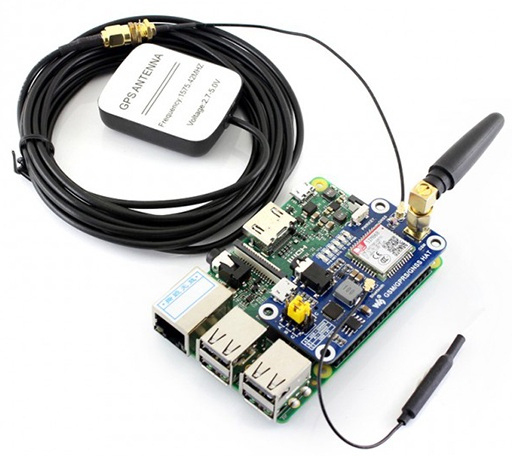 As shown in the figure above make the connections, and run the program given below in python. 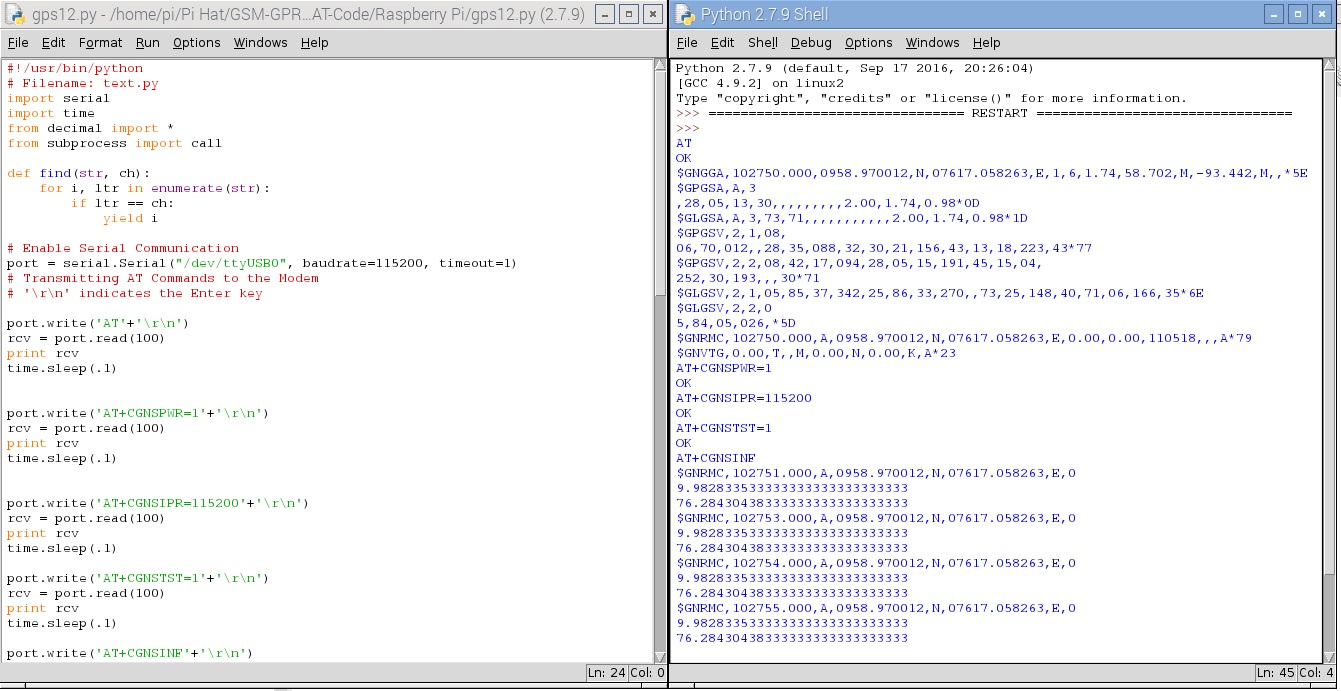 Note: To obtain an internet connection through this hat module, Please refer the link given below;