We had an exciting first week of March this year, yeah playing with the all new Raspberry Pi 3. We had the Pi 3, and we were selling it to all Pi enthusiasts out there. And one day, we got a call. A frustrated customer, he was unable to use the UART of his Pi 3. Thats right! Without a proper work around, UART on the GPIO header wont function well.

Open the LX teminal and type:

This command will list the available UART modules, as shown in the figure: 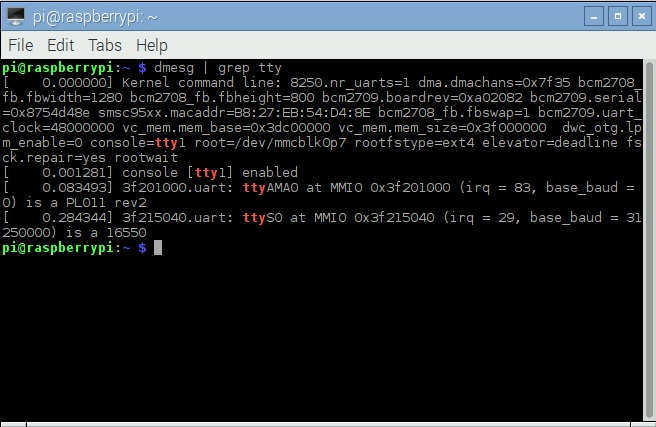 The list will show, ttyS0 – UART corresponding to the GPIO header.

To operate the GPIO UART at the correct baud rate, enter sudo nano /boot/config.txt in the terminal and add the two lines

Save the file and reboot the Pi.

The GPIO UART now operates at the correct baud rate, and is

So while writing the code in python has to changed accordingly:

So what make the difference here? Hows anything different with UART1 of BC2835/6. This is how it is:

When the core clock changes, the baud rate will also change!